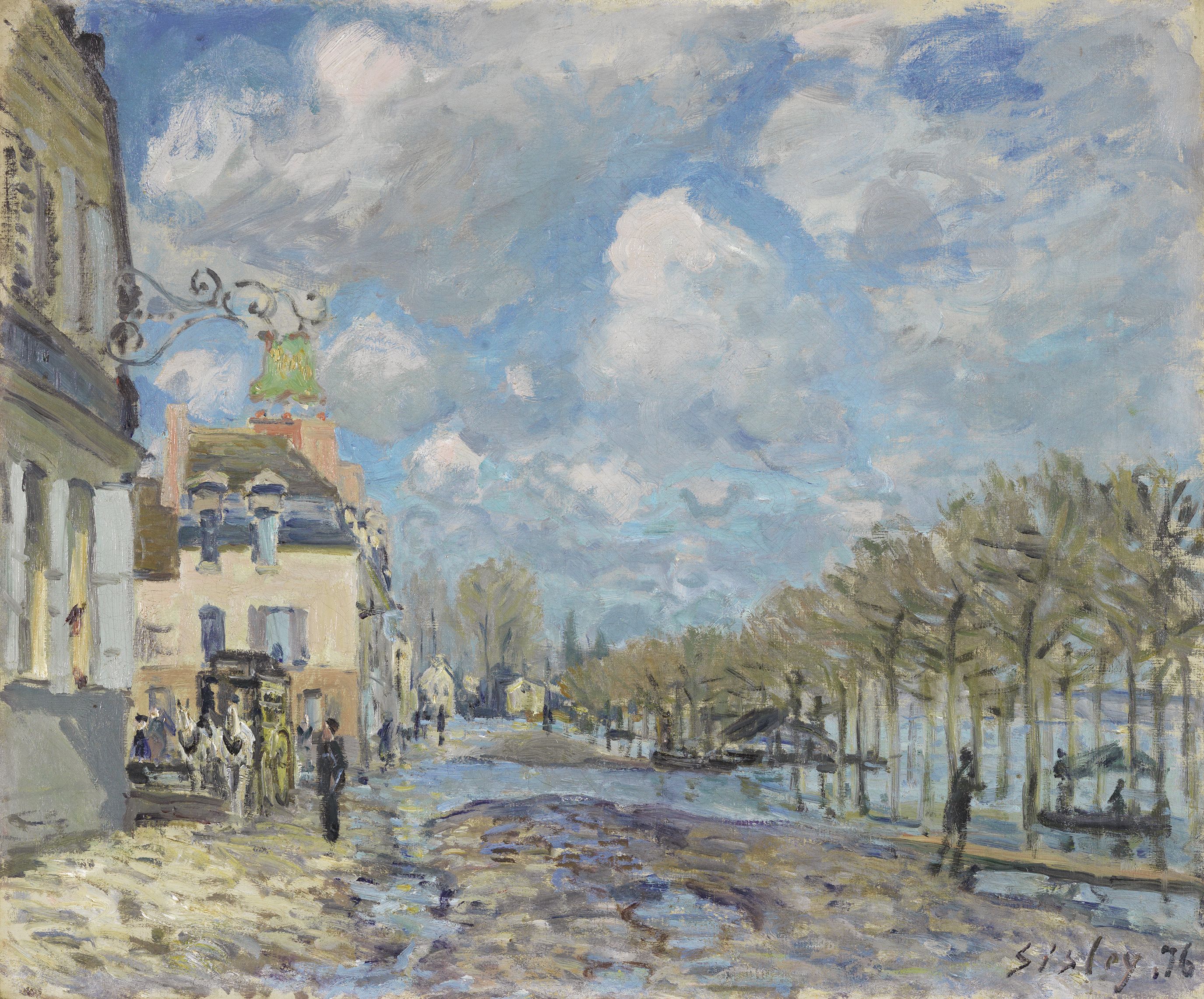 Alfred Sisley was born in Paris on 30 October 1839. In accordance with his family's wishes, he went to London in 1857 to study business. After returning to France in 1860, he decided to become a painter and began his studies in the studio of the Swiss painter Marc Charles-Gabriel Gleyre (1806-1874) where he met Claude Monet, Auguste Renoir, and Jean-Frédéric Bazille. As early as 1866, Sisley had works on display in the Salon exhibition. He also showed a painting in 1868, and in 1870 he exhibited further works. Up until 1871, Sisley had been able to live without financial worries, due to an allowance from the family business. However, as a result of the Franco-Prussian war, the business went bankrupt and this secure source of income ceased. In 1874, he took part in the first Impressionist exhibition. In the same summer, Sisley moved to London, where he made several oil paintings of the outskirts and of Hampton Court. That winter, he returned to France and settled in Marly-le-Roi with his family. In 1877, he lived in Sèvres, in 1880, in Veneux-Nadon, and in 1882, in Moret-sur-Loing. Here (his final place of residence as of 1897), he painted numerous oils, in which the streets and houses of the village and the surrounding countryside can be recognised. Sisley was a pure landscape painter. He and Monet are regarded as the chief representatives of Impressionism. The influence of the Barbizon School, as well as individual traits recalling Camille Corot and Gustave Courbet, are visible in his early works although they gradually disappeared along with the brightening of his palette and with the prevailing importance that the atmospheric effects assumed within his landscapes. Alfred Sisley died on 29 January 1899, in Moret-sur-Loing.

The item was added correctly. What would you like to do now?

Please enter your email below and we will send you a new password.

Other Login
Other Social Login