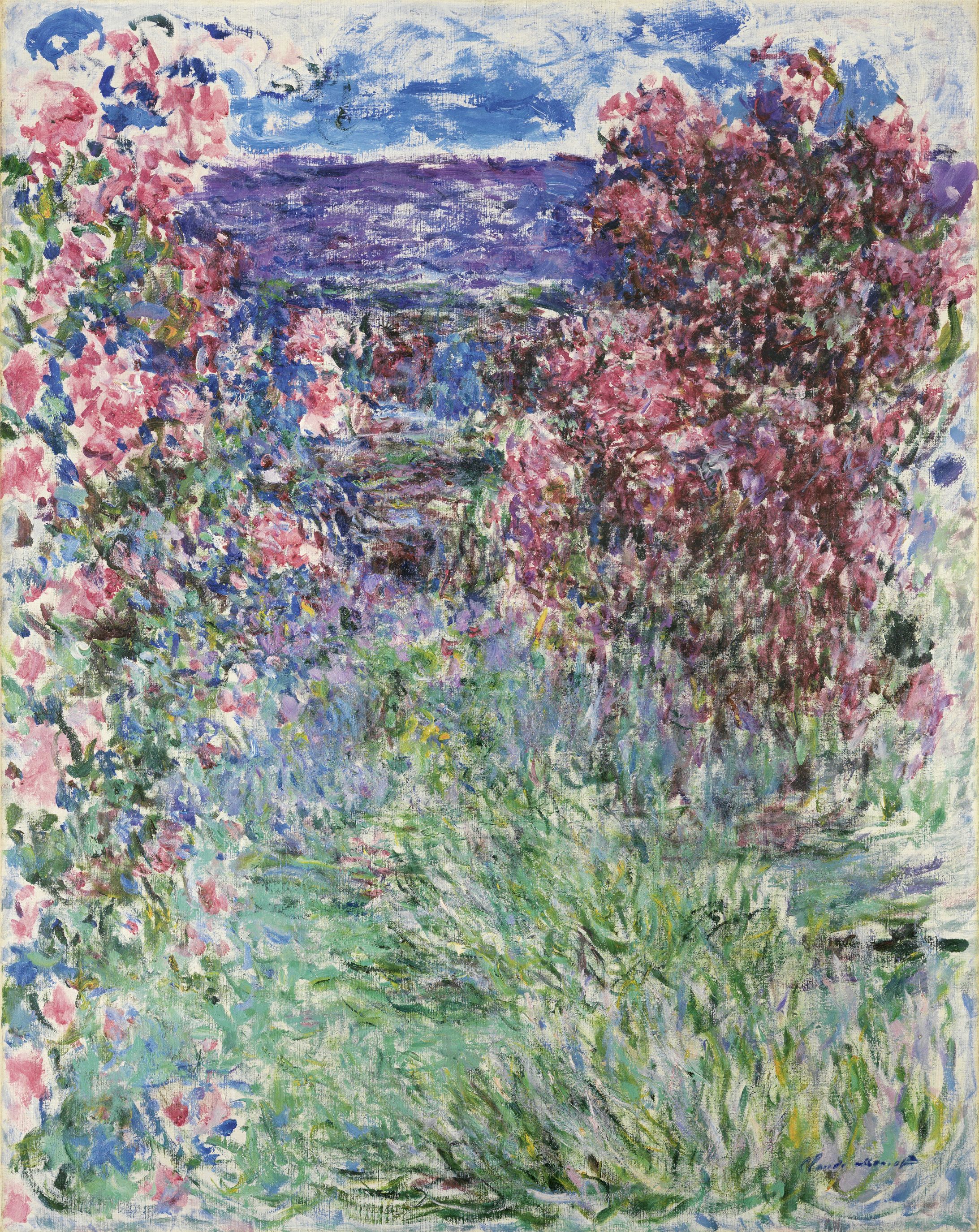 Claude Monet, the undisputed leader of the Impressionists, spent his childhood in the French town of Le Havre, where he began to paint landscapes of the Normandy coast together with Eugène Boudin and Johann Jongkind. After studying for a short period at the Académie Suisse in Paris, he took up plein air painting as a self-taught artist, striving to study the effects of light and time on nature. Monet and Auguste Renoir were the first artists to use the loose brushstrokes characteristic of Impressionism. His Impression, Sunrise (Paris, Musée Marmottan Monet), shown in the First Impressionist Exhibition in 1874, gave its name to this style. After living in London and Holland during the Franco-Prussian war, Monet returned to France in 1872 and settled in Argenteuil with his family until 1878. During these years this village on the banks of the Seine became a sort of centre of Impressionism, where he was joined by Camille Pissarro, Alfred Sisley, Pierre-Auguste Renoir and Édouard Manet, among others. From 1878 to 1881 he, his wife Camille and their children lived in Vétheuil, where Camille died. In this village, which was much quieter and more rural than Argenteuil, Monet was extremely productive and, unlike before, focused on the beauty of nature and on capturing solitary landscapes with no trace of human life. It was there that he started on the series of paintings repeating similar themes under changing atmospheric conditions. In the 1890s Monet took up gardening at his Giverny home. As his garden grew, it became a central theme of his paintings. This is how the series of Waterlilies came about, in which he systematically repeated the motif of his lily pond. During those years his brushwork became even looser and freer, coming close to abstract painting.

The item was added correctly. What would you like to do now?

Please enter your email below and we will send you a new password.

Other Login
Other Social Login